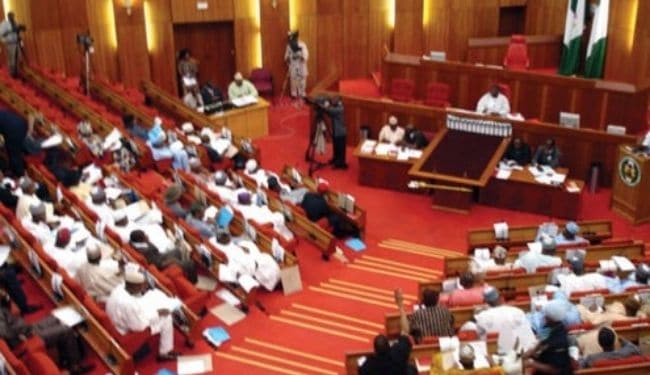 The Senate says it is seeking a warrant of arrest to compel the entire management of the Niger Delta Development Commission, NDDC to come before it and give explanation over alleged misappropriation of N6.25 billion Covid-19 Palliative Fund for the region.

The Senate through its Committee on Ethics, Privileges, and Public Petition chaired by Senator Ayo Akinyelure, issued the request against the Interim administrator, Effiong Akwa after repeated failures to honour 4 separate invitations.

The position of the Senate followed a petition by former Chairman, NDDC Covid-19 Palliative Committee, Sobomabo Jackrich; alleging misappropriation and diversion of the palliative funds. The alleged infraction was committed by the dissolved Interim Management Committee IMC led by Professor, Daniel Pondei.

The petitioner asked the IMC to return all monies it received from the Federal Government; including remittances from the International Oil Companies,IOCs back into government coffer.

Jackrich had in his petition shockingly revealed that as the Chairman of the Presidential Committee, he was completely sidelined as the IMC hijacked the process to perpetuate the fraud after he insisted on transparency and that due process must be followed.

He said to cover up their deceit, the IMC staged managed the distribution of a few expired food items and old medical equipment from the NDDC warehouse to deceive the unsuspecting members of the public and the President.

When the matter came up for hearing on Monday; NDDC officials were for the fifth consecutive time absent. Their absence led to the seeking of warrant of Arrest to force NDDC officials to appear before it at its next meeting.

This was as the Senate panel opened investigation into allegedly “Missing” N27billion meant for the payment of the pension of former staff of Power Holding Company of Nigeria PHCN.

The probe by the Senate followed a petition by the disengaged staff under the aegis of the National Association of Disengaged Staff of PHCN.
Presenting the petition, the Deputy Chairman of the PHCN workers, Lawal Abdul Magini told the Senate panel that it relied on some media reports alleging that N27 billion meant to clear pension was approved and paid but was diverted by a private insurance company, BestWorth Insurance Brokers.

The workers through their lawyer, Emmanuel Okere told the Senate panel that the matter is currently being investigated by the Economic and Financial Crimes Commission,EFCC; calling on it to use its power to invite the Bureau For Public Enterprises, BPE,EFCC, BestWorth insurance Brokers and Polaris Bank for questioning.

Senate however stepped down the petition; advising the petitioners and their lawyer to furnish it with more documentary evidence to drive its investigation to a logical conclusion as it could not rely solely on circumstantial evidence.

You may have missed